Since few month, I keep in my favorite for this blog a jeweller working with rice. Hsiang-Ling Lu or Zoe Lulu is from Taiwan, graduated from Birmingham (yes another one!) in 2010. Except from her master work in 2010, I can’t find any recent information about her and can’t send an email either. So I don’t know where she has been graduated before. Sometimes, I feel a bit like a spy, trying to find information about people, collecting every single details on internet… Anyway, her work is definitely something I want to talk about in my blog!

As you already know, rice is something very important in Asian culture. China is the biggest producer and seller of rice around the world. On the FAO website, People’s Republic of China is the first producer of rice with 197.2 million metric tons in 2010, followed by India (the next 8 countries are all Asian). China is also the biggest consumer of rice with 156 million metric tons (2009)! Rice is really cheap , and for many people in the world it’s the only thing they can afford to eat. For them, it’s a really precious ingredient, the one that can keeping them alive and feed their family! I still remember in primary school when teachers asked us to buy rice boxes in order to collect them and send them to poor countries.

In Hsiang-Ling Lu’s work, I like to see how, precious metal is replaced by rice. The main material is food! In my latest post I was talking about values, and valuable work. About the fact that Chinese appreciate skills, but don’t really understand critical thinking. Well this is a great example of someone from People’s Republic of China who’s been working on a conceptual way. Asking herself about what is valuable today; what make things valuable for people; and the relation we have in our civilisation nowadays with money and food! For poor people, when they received rice, it’s probably for them more valuable than any kind of gold or object! Her work make us (“rich” people) asking ourself about our consumption and waste of food… and also about our materialist society. It’s not only about making pretty jewellery with unusual material!

“Rice is cheap, small, but vital.
The definition of ‘ordinary’ and ‘luxury’ at different levels of social status is contradictory and interesting. I use this ‘ordinary’ material to describe opulence, and also explore the meaning of value and preciousness in different contexts.”

To make the rice stronger she add resin. Then it’s harder and she pierce it, saw it, etc. I find interesting how with her method, she keep the white and translucent aspect of the rice. As she said in her blog, she also keep the smooth texture of it! I like the patterns created by the grains!  The titles of the pieces are also interesting! With “Madame de Pompadour”, “Rococo frame”,  I can see she has been interested by the Rococo period in France. Which is a really interesting part of our French history. Fashion, architecture, furnitures, etc, were full of precious materials!  The movie “Marie Antoinette” by Sofia Coppola is a really good one to show you how people of the royal court were consuming. Meanwhile people outside Versailles were fighting to have food and survive! And I think it’s sad to say, it’s still the same today! Rich countries are consuming everything, when poor people are still craving for the most important thing: food. In her blog she explains, at first why she made things with rice:

“I just left my home country to a brand new place and my tool box was on its way to Birmingham. Than my mother send me a pack of rice. It was so precious that I would not even eat them.
Rice was my treasure at the moment.“ 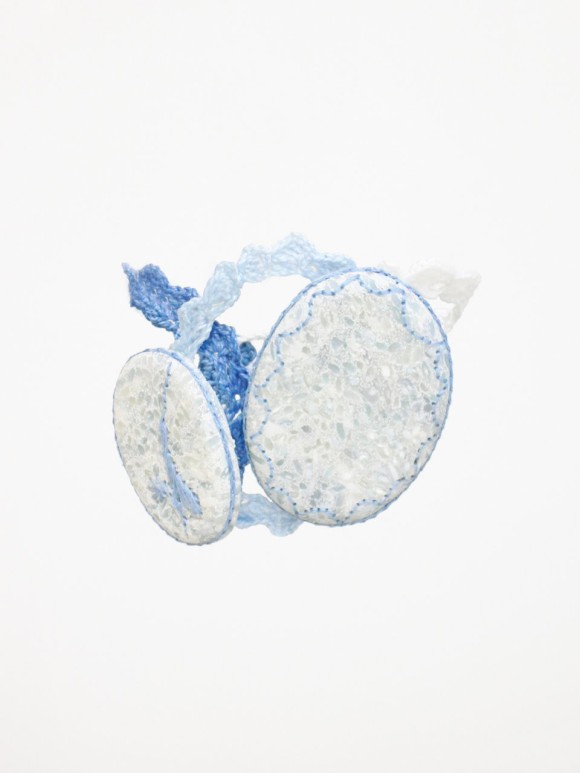 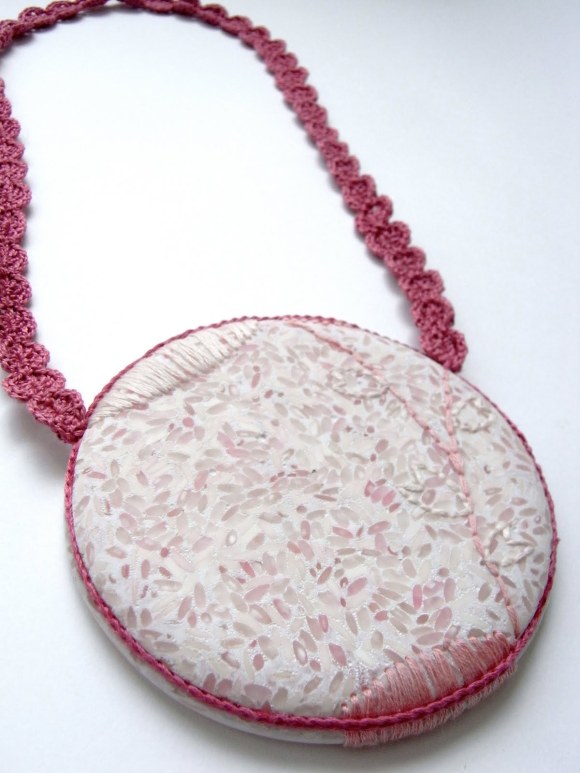 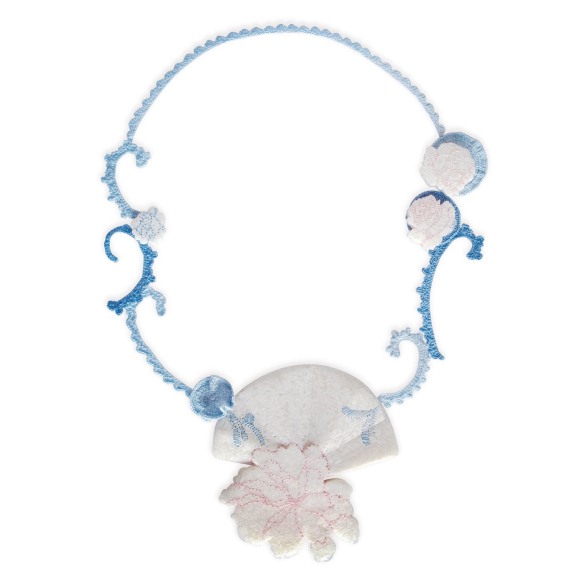 Here the link for her blog: Zoe’s Lulu wonderland, and her Flickr about her research.